IRELAND TO CANADA A NEW LIFE, A NEW LAND 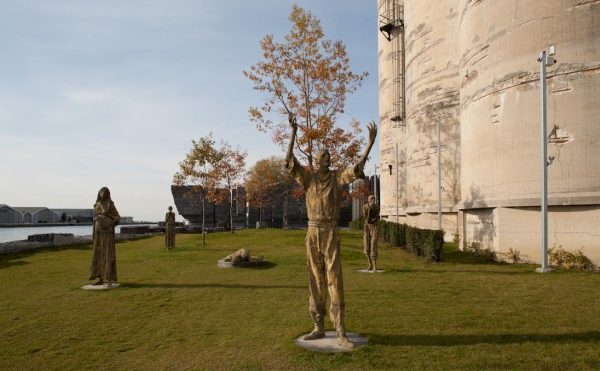 Canada is big. The Province of Ontario alone is 10 times the size of Ireland. Is big better? There is a proverbial saying, ‘it is not the size that counts but what you do with it.’ This is a good approach when thinking about migrating to Canada.

In 2013, the Canadian government passed legislation opening the migrating doorway to Canada for some 6,300 people from Ireland. Opening a door is one thing but what’s on the other side? Many of these questions are more easily answered today than in 1847 when the purpose for seeking Canada was caused by famine. There was one thing offered then… life. People headed to the unknown, to anywhere they would be accepted to save the lives of their families.

With the speed of information available today a family can determine if moving to a country is worthwhile from their desktop. Seeking a new life and new opportunities can be explored easily. Desperation does not have to be a deciding factor.

The site www.workpermit.com will take you to current in-formation on prospects in Canada like the Start Up Visa program for entrepreneurs or the need for plumbers, electricians and metal workers. Your local Dublin removal ﬁrms can connect to tr1927.com and quote you in less than a moment the cost of receiving and delivering your family household goods anywhere in Canada. In most cases these sites have webpage links to all

The Canadian response to the Irish famine is well documented. In some cases, it was not favorable but Canada surpassed many other ports when it came to accepting the distressed Irish and providing positive results.

It should be known Irish had migrated to Canada before the famine and after, building Canada, not just the cities but the villages, the farms and the spirit.

Along Custom House Quay Dublin, moored to the dock, is the famine ship with heart-wrenching, life-like sculptures by Rowan Gillespie portraying the sorrow of departure, the desperation of tragedy, starvation and the memory never to be forgotten of Irish men, women and children leaving their homeland. In Toronto, Ontario, Canada at the dedicated Ireland-Park irelandparkfoundation.com Rowan Gillespie sculptures depict wretchedness from sordid travel but the works of art reach for hope. They convey a want for a future. The descendants of the famine ship, along with those who came before and those who came later, found a future in Ontario and Canada. The Irish continue to give back greatly and wholeheartedly to the growth of this ﬁne, respected country which welcomes immigration.

Areas like Kingston, Peterborough, Brantford, London, Toronto and most of the surrounding countryside are spotted with Irish inﬂuence. Many Canadians of Irish heritage represent the excerpt from the National anthem ‘the true north strong and free’ with sincere passion.

There are also Indian, Thai, Chinese, Spanish, Italian, Polish, almost every nation represented, creating a true mosaic of society. Today, our reasons to move, emigrate and change homes may not be hunger but opportunity.

Unlike the famine ship departing the ports of Ireland with little knowledge of a destination, today Irish seeking a new life in Canada can depart with full awareness and… expect a hearty welcome.

This article published in News Four Dublin Tippet Richardson offers complete Relocation Services and is recognized by international agents in Dublin as well as colleagues around the world.